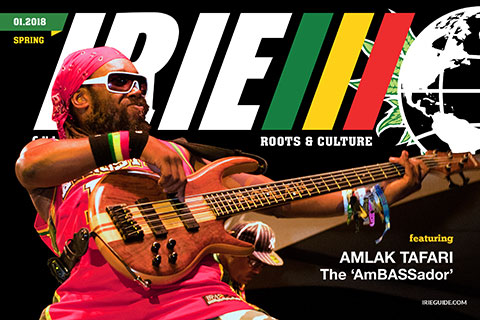 For those of you who don’t know who Marielle Franco is, she was a Brazilian city councillor from the Maré favela, one of Rio de Janeiro’s poorest and most dangerous favelas. A member of the Socialism and Liberty Party (PSOL), Marielle Franco was an outspoken human rights activist who fought for the rights of women, single mothers like herself, LGBT’s rights and the rights of the poor in the Favelas. She was also a powerful voice in the Black Rights movement in Brazil and a fearless critic of the epidemic of police violence.

Born and raised in the Maré favela, Marielle Franco inspired others through her own life experience. In 2000, while attending pre-university, she got involved in activism after a friend was killed by a stray bullet during a shootout between police and gang members in the Maré Complex.

In 2002, she attended the Pontifical Catholic University of Rio de Janeiro on a scholarship, where she earned a degree in Social Sciences. She went on to earn her Master’s degree in Public Administration from Universidade Federal Fluminense (UFF). Her thesis, “UPP: The Reduction of the Favela to Three Letters”, analyzed the brutality of the Police Unit program that occupied the city’s favelas.

In 2007, Marielle Franco began her political career working as a consultant for state representative Marcelo Freixo. They worked together for ten years, coordinating the state legislature’s Committee for the Defense of Human Rights and Citizenship. During that time, Marielle Franco also worked for the Brazil Foundation and the Maré Center for Solidarity Studies and Action.

In 2016, Marielle Franco decided to run for a seat on the Rio de Janeiro city council in the municipal elections. As a black woman and single mother from the Maré favelas, Marielle Franco positioned herself as a representative and defender of poor black women and people from the favelas. She went on to win, receiving 46,500 votes, the fifth-highest vote total out of more than 1,500 candidates. Marielle Franco was the only black female representative on Rio’s 51-seat City Council, with six seats occupied by women.

As a city council member, Marielle Franco had become the face of resistance. A very active community member, she stood up for human rights and fought against gender violence, for reproductive rights and for the rights of favela residents. She also condemned the police brutality against black Brazilians, often leading campaigns against police violence, corruption and extrajudicial killings that targeted the poor, black residents of the favelas.

“Another homicide of a young man that could be credited to the police. Matheus Melo was leaving church when he was killed. How many others will have to die for this war to end?”

The next evening, Marielle Franco attended ‘Jovens Negras Movendo as Estruturas’ (English: Young Black Women Moving [Power] Structures), a round-table discussion which took place at Casa das Pretas (Black House) in Lapa, a bohemian neighborhood in the center of Rio de Janeiro. The event, which was part of the ‘21 days of Activism Against Racism’, was broadcast live on Marielle Franco’s Facebook page. Franco was one of the five panellists invited to the discussion along with Ana Paula Lisboa, Aline Lourena, Hellen N’Zinga and Mohara Valle. The audience, mostly young, black women who were university students, listened as Marielle Franco discussed issues that ranged from activism to entrepreneurship.

Less than two hours after leaving the round-table, Marielle Franco and her driver, Anderson Pedro Gomes, were tragically gunned down and killed by two men who were driving another car. The men fired nine shots at them, four of which struck Marielle Franco – three in the head and one in the neck.

News of Marielle Franco’s death quickly spread through social media and by the morning after, tens of thousands of people had mobilized into the streets across Brazil to mourn her tragic death, to express their anger over the murder and to demand justice for their beloved councilwoman.

In their attempts to silence Marielle Franco, those responsible for her death only elevated her voice while making her a global icon for human rights! Her murder also revealed the real side of Brazil, a country mired in systematic racism & inequality.

Please remember Marielle Franco. By doing so, we will let the world know that her struggle will not go in vain.